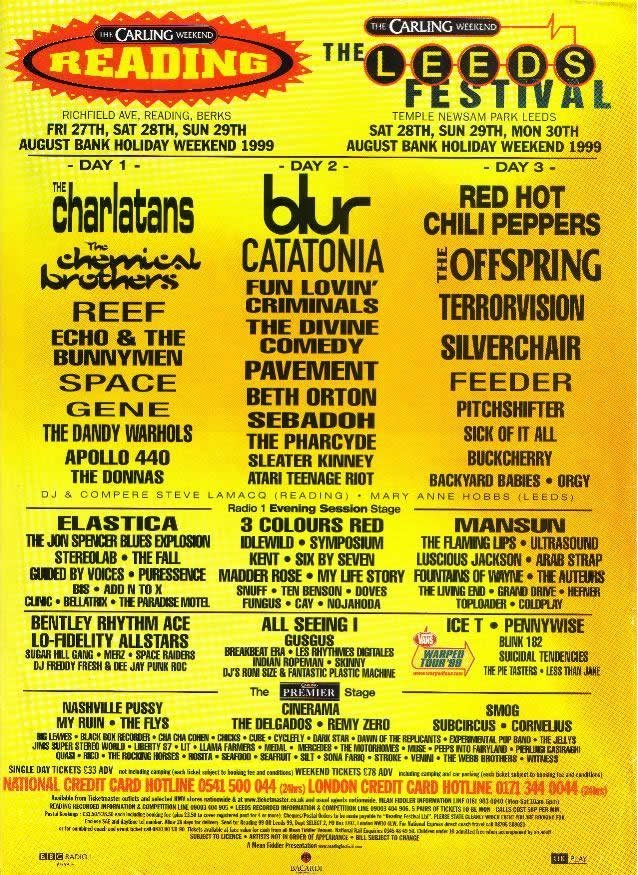 nb. Although according to the poster The Jon Spencer Blues Explosion were scheduled to play Leeds on 28th August 1999 they actually performed at Pukkelpop, Kiewit Hasselt, Belgium.

“Watching a popular British act in a massive crowd was high on my to-do list but I still skipped seeing the headlining Charlatans, who I’d been missing for eight years to see Jon Spencer Blues Explosion and Elastica absolutely destroy in the big tent.” – https://yerdoingreat.wordpress.com