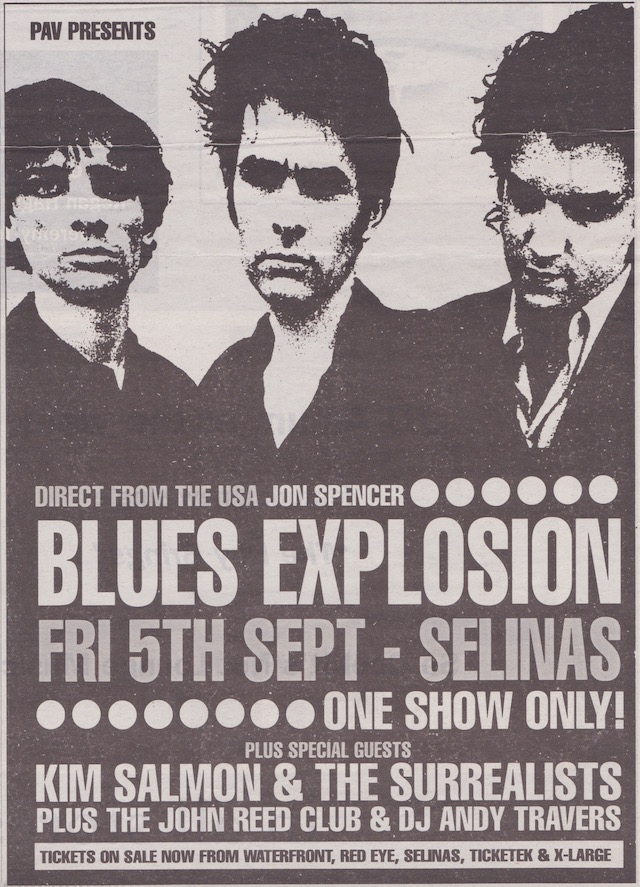 The Jon Spencer Blues Explosion show at Selinas, Sydney, Australia with Kim Salmon and The Surrealists on 5 September 1997.

This was the day before their performance of 2Kindsa Love / Flavor on Australian TV show Rage (http://www.youtube.com/watch?v=cbwxLGohUM0). 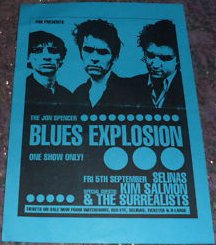 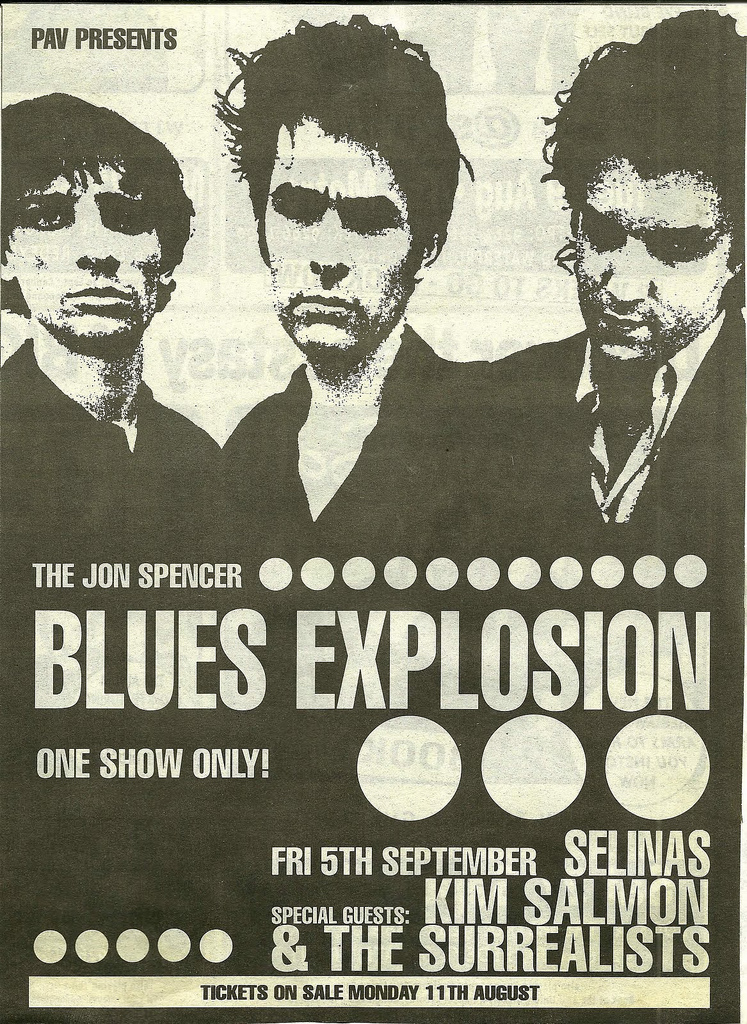