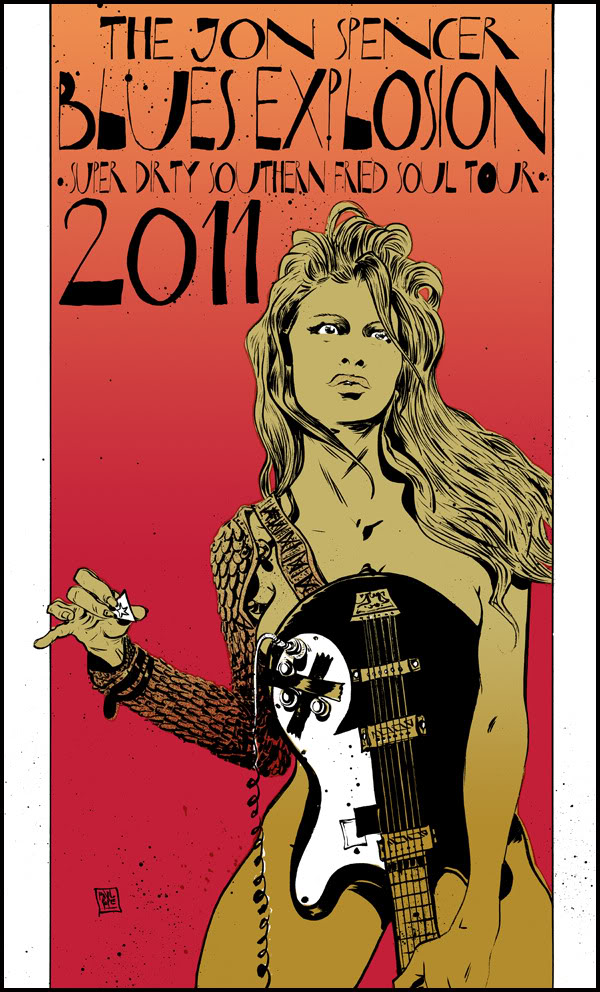 Poster designed by Paul Pope measuring 15″ x 24.5″ in an edition of 200 copies for The Jon Spencer Blues Explosion US tour dates in April / May 2011. This artwork was also used on an official tour shirt.

A ‘colorway’ version of the poster was (July 2011) available in a numbered edition of 100 copies from Nakatomiinc.com.

See also the “Test Print” entry for this poster.