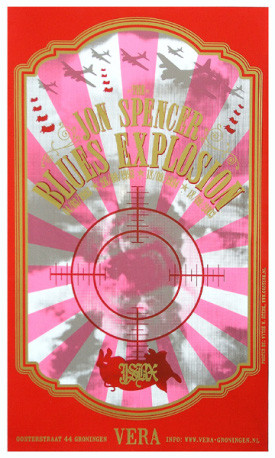 There is also a poster for the 18 September 1994 show with artwork by Willem Kolvoort.