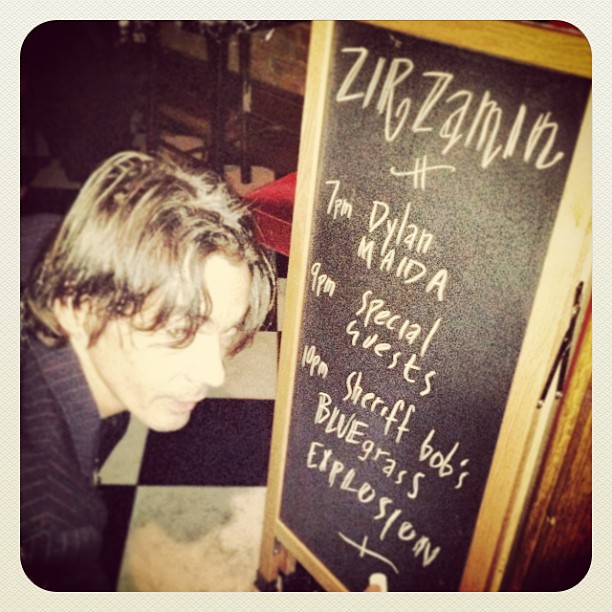 The image is from The Jon Spencer Blues Explosion instagram page with the title “Live tonight in the island of Manhattan! (A Jack Martin Production.)”

“SIC: Is the Blues Explosion getting prepped for the upcoming tour?

Jon: Yeah – we did a show Wednesday night at a friend’s bar in the west village, just a little lo-fi thing to try to shake the cobwebs off, and we taped a song for the Late Show with David Letterman. So we’re trying to get things to a point where we can put on a good show at the Cat’s Cradle there in Carrboro.” – speakersincode.com