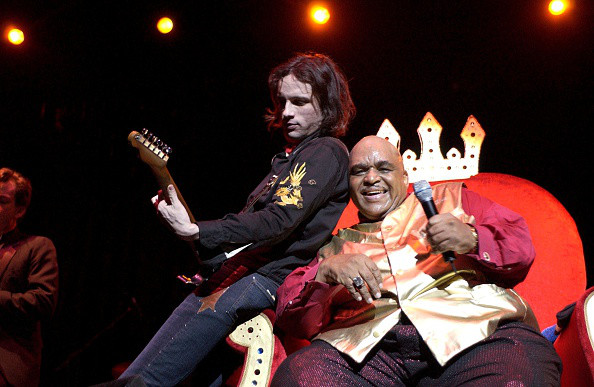 With the Solomon Burke band and Jools Holland:

Thanks to Martin for the ticket scan.

“YES, it really happened. An encounter between two talents so mismatched as to border on the farcical was negotiated on Friday night when, about halfway through his performance, the 66-year-old soul legend Solomon Burke invited “the man” to join him on stage. Burke, a gargantuan figure seated on a huge red “throne”, seemed a little vague about which of the three men who promptly marched on stage actually was the man.” – thetimes.co.uk

“This was an odd show to say the least. First of all, the posh, seated venue is obviously more suited to orchestras than rock bands, and the massive stage seemed unnecessarily spacious for the New York three-piece. To everyone’s surprise, the JSBE took the stage immediately, confusing the mingling audience who were expecting Solomon Burke to be the starter. Still, Jon Spencer, Judah Bauer and Russell Simmons rocked through a half-hour set while everyone returned from the bar wondering what was going on. They left and the stage was then readied for the much larger ensemble backing soul/blues legend Solomon Burke. The stage presence of Burke was unmistakable right from the start, as he entered in full regal attire, complete with robe and crown. He took his seat on the awaiting throne and began delivering a powerhouse set of classics, which really started the audience moving. A true entertainer, Burke engaged the audience throughout the performance by telling stories and even handing out roses. Things really heated up when he invited the JSBE onstage to join him, and people were dancing in the aisles, much to the staff’s dismay. The collective roared through a few more numbers before being joined by British music impresario Jools Holland on piano. When this passionate and riveting set finally concluded, many people left the building, assuming the show was over. Most missed the return of Jon, Judah and Russell, who were left to play on and holler “Blu-u-u-u-u-es Explosion” to a sparse and seemingly disinterested crowd. The set was definitely tight and hot, but after witnessing the spectacle of Solomon Burke, it just seemed inappropriate. The remaining audience did get into it as best they could but unfortunately, a huge chunk of energy left with “King” Burke.” – Rob Bolton / exclaim.ca 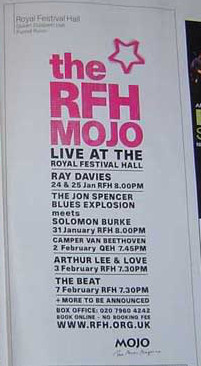 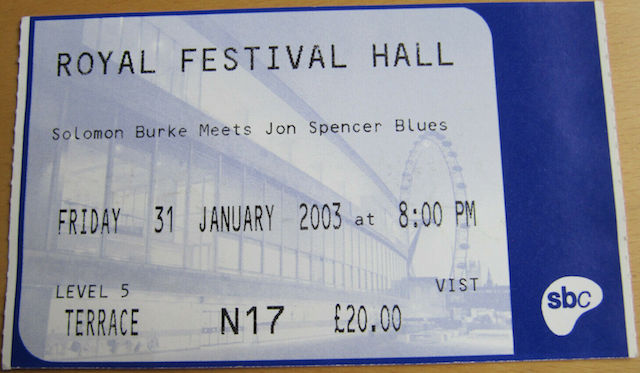