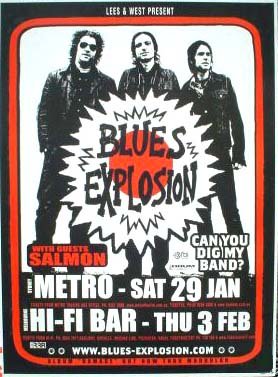 Blues Explosion show at the Metro, Sydney, Australia on 29 January 2005.