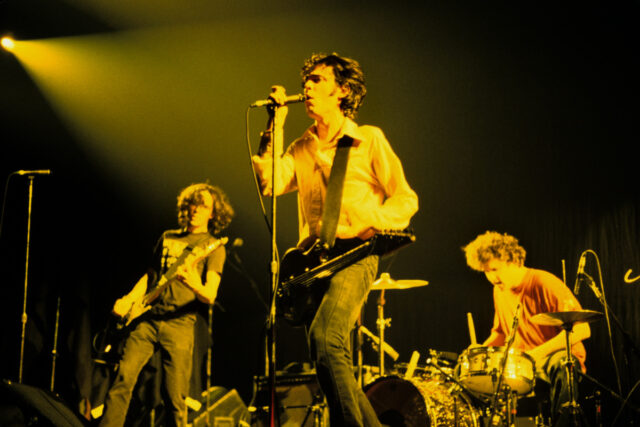 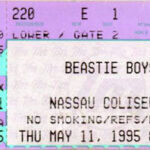 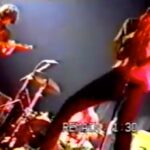 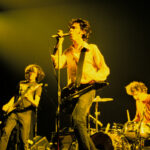 The Jon Spencer Blues Explosion show at Nassau Veterans Memorial Coliseum, Uniondale, Long Island, New York, US with The Roots and Beastie Boys (headline) on 11 May 1995.

““My dad was the Commissioner of Public Works for Nassau County, and he supervised the building of the Coliseum,” states Russell Simins, longtime drummer for New York City’s own Jon Spencer Blues Explosion. “So when we went in there it was a pretty big deal for us, and for the Beasties as well. They had their videographer Ricky Powell interview me about my dad, who had passed away by then. But my mom came to the show.”

The burly backbone of the Blues Explosion is remembering the time when they—along with The Roots—opened up for Beastie Boys at the famed (and presently endangered) Nassau Coliseum in the Long Island town of Uniondale approximately twenty years ago this upcoming May 11th. From the frontlines of the general admission area, it was a bit of a fight to fully experience the concert while trying to avoid raging circle pits of Strong Island frat boys, hardcore kids, skate punks and Hempstead hoods literally trying to tear one another apart in perhaps one of the most volatile instances of mosh culture at least this writer has ever witnessed before the infamy of Woodstock ’99.” – from A New York State of Mind by Ron Hart / blurtonline.com/