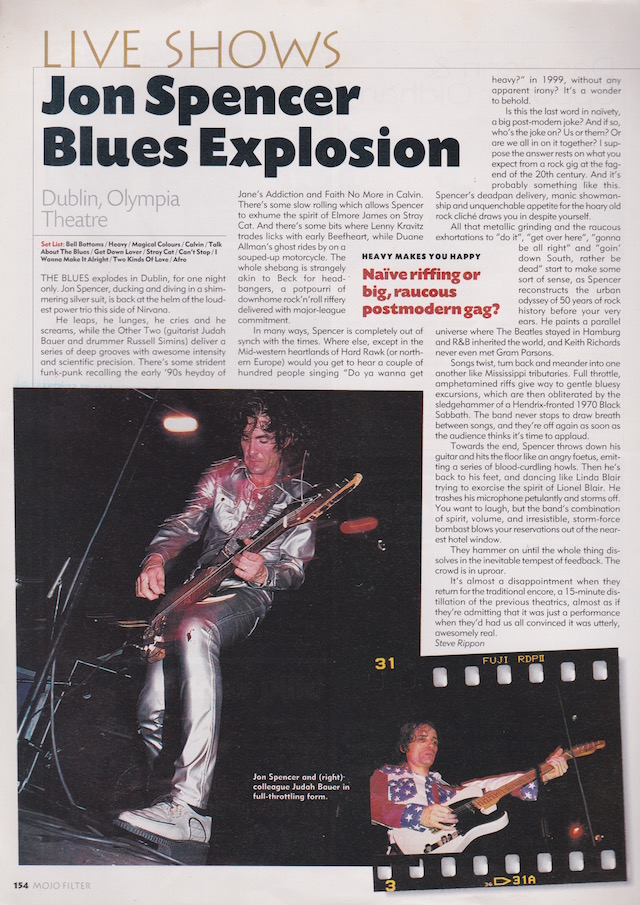 “Songs twist, turn back and meander into one another like Mississippi tributaries. Full throttle, amphetamined riffs give way to gentle bluesy excursions, which are then obliterated by the sledgehammer of a Hendrix-fronted 1970 Black Sabbath. The band never stops to draw breath between songs, and they’re off again as soon as the audience things it’s time to applaud.” – Steve Rippon / Mojo