“It was a classic Blues Explosion performance, with everyone staggering out of the club at the end and eyeing each other wearily, as if they’d just witnessed some miraculous event or been part of a mass hallucination.”

The Jon Spencer Blues Explosion show at Rage, Vancouver, BC, Canada with Add N to (X) on 27 October 1998.

Show Review and preview from The Ubyssey.
Show listing from Discorder.

Thanks to Coma Cat (https://comacat.bandcamp.com) 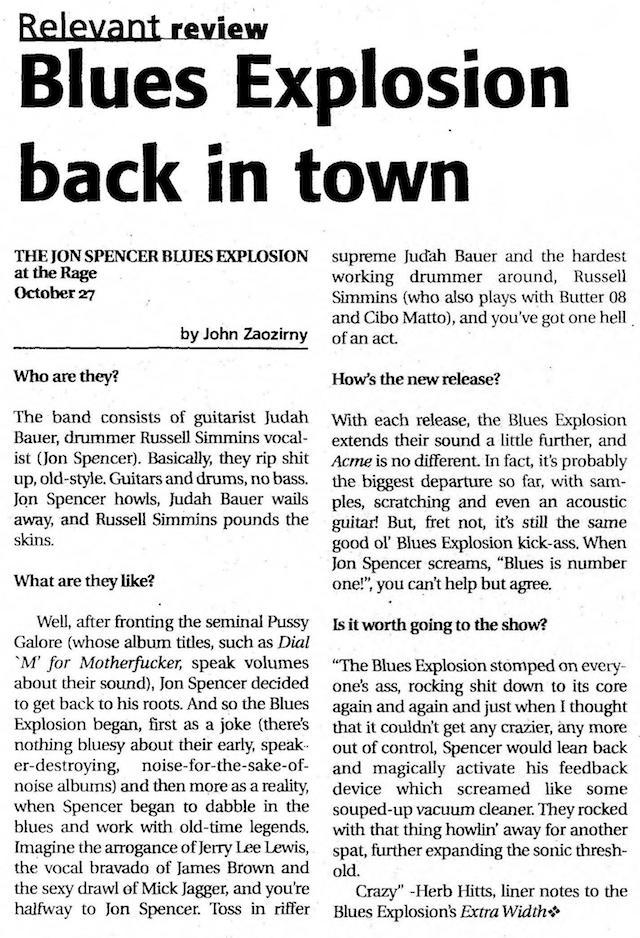