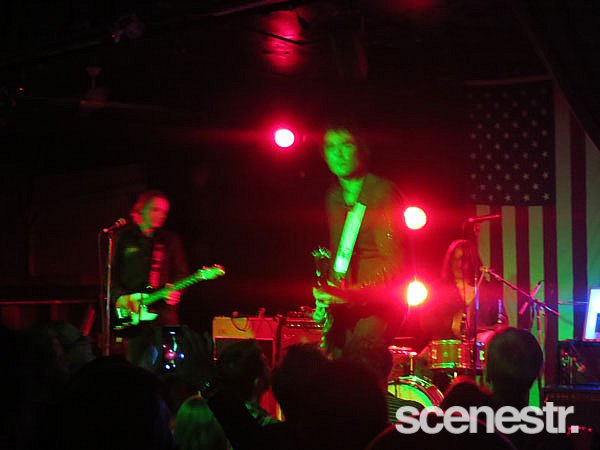 “JSBX don’t disappoint. They take the stage and launch into their gutsy rock without taking a breath. This is a well-oiled machine. They have plied their no-frills rock n roll for nigh on 25 years so they know exactly what they are doing and how to do it. Their latest album “Freedom Tower” is the feature of the night. You can smell the grit and guts of New York City that spawned it.

John exclaiming over and over “It’s a blues explosion. Come on”. He practically swallows the microphone as he growls and snarls. I can’t help but wonder if his knees or his voice-box will give-out first, if ever.

Respect to Bauer on guitar for his warm stage presence, musicianship, genuine smiles and high 5’s to the mob in the mosh. Oh, and for your coolness. Nice work.

Thanks JSBX, Hits and the zoooooies for a rollicking, raucous night of damn fine rock and roll.” – Carmel E. Lewis / BlankGC.com.au

“Jon Spencer is an incredible showman, rarely stationary for a second and taking any instrumental moment to step out onto his monitors and survey the crowd. A mismatched bunch of 30 & 40 something men attempt to dance to the frequently changing rhythms that the band fly through as though that’s how the blues always was.

They fly through songs from their abundant back catalogue as though being paid by the title, turning the encore into a sort of relentless medley that throws in parts of songs like the intro to ‘Bellbottoms’ then moves on before you have a chance to relax. It may not have been the whole song, but I’ll take it.”

“However, the audience is beaming with satisfied faces, even those Brylcreamed types who looked as though the only reason they turned up was because there was ‘Blues’ in the title.” – Steven Morgan / Scenestr.com.au 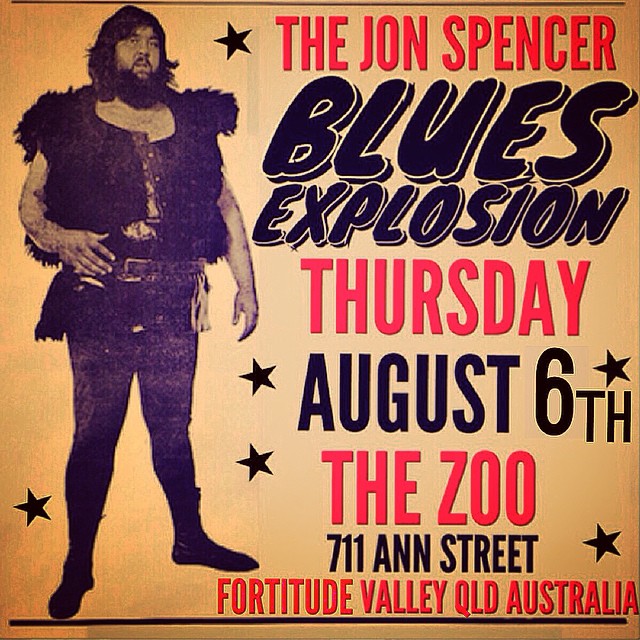 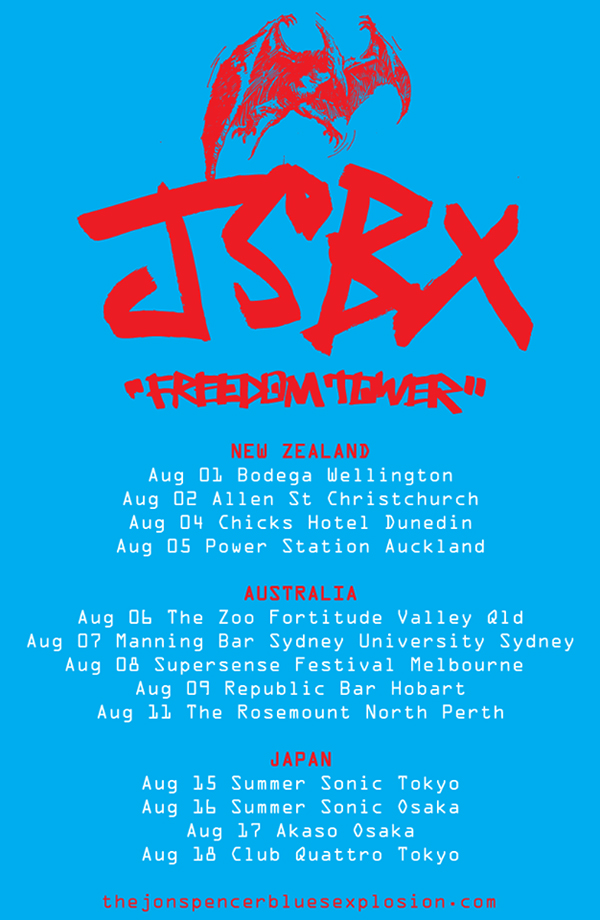 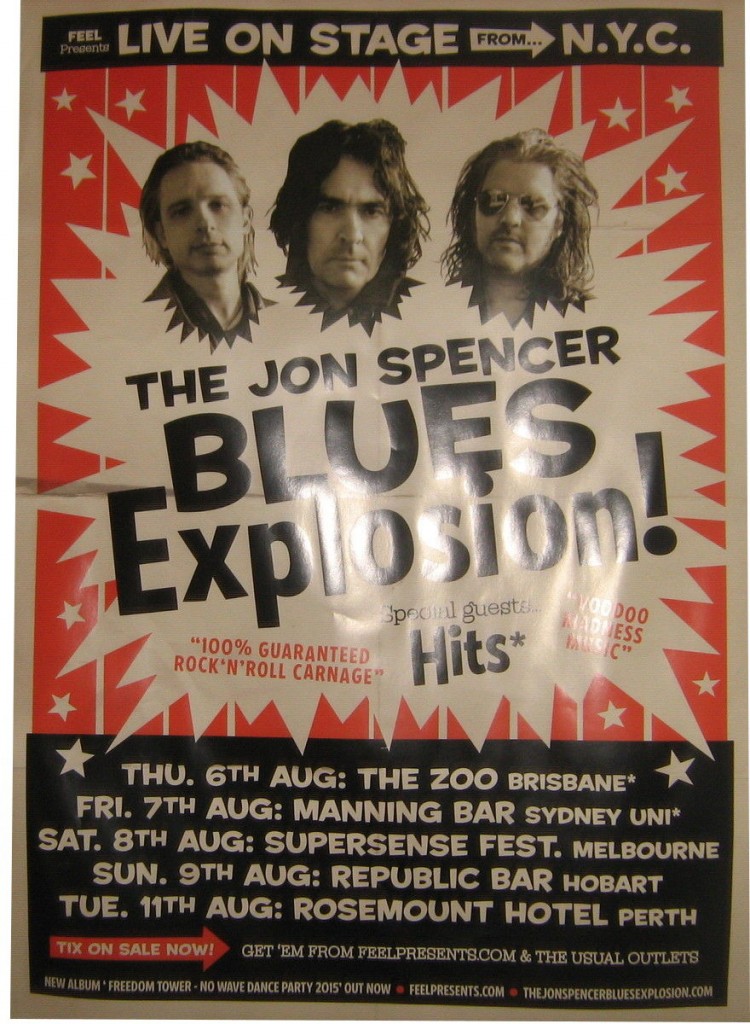 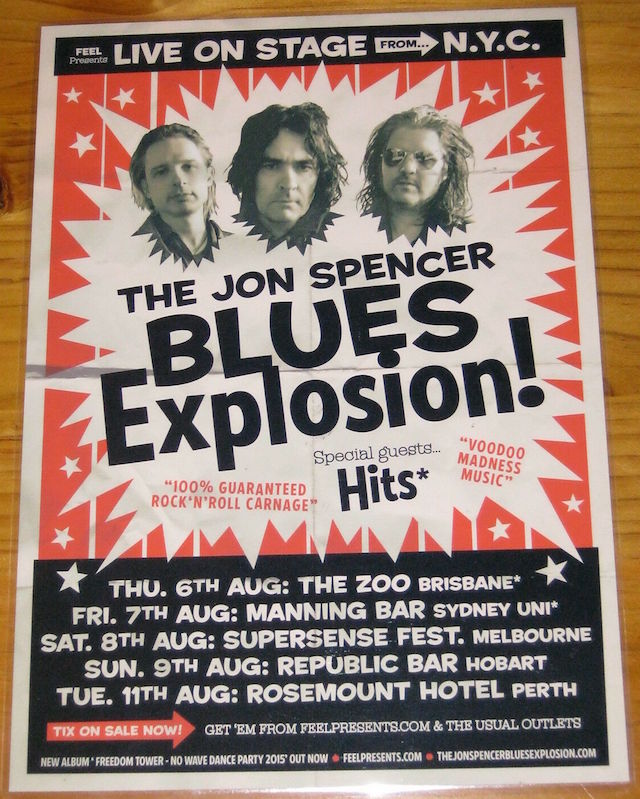