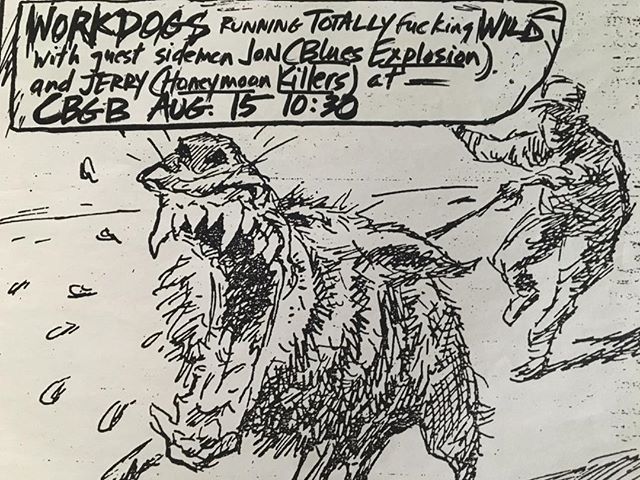 nb. Year unconfirmed although it seems likely that it was 1992 as the One Night Only album was recorded on 9 and 11 August 1992 and the remixed and remastered version of One Night Only included songs recorded at CBGB’s.