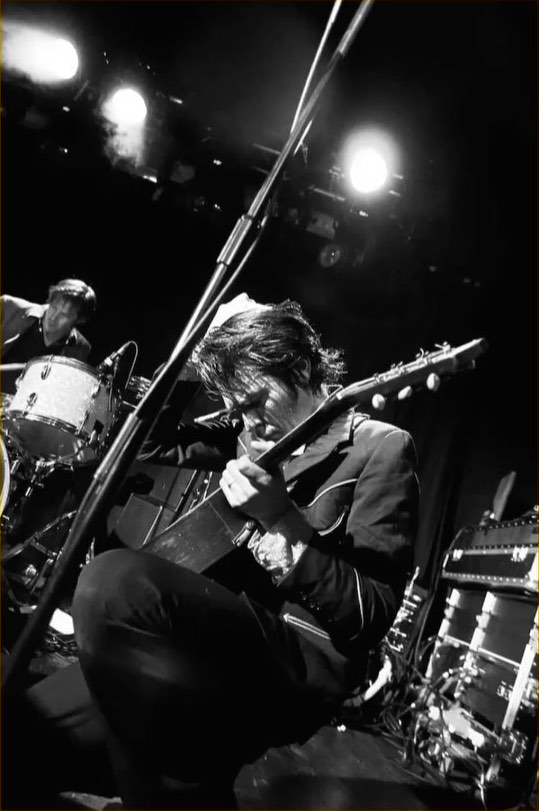 Heavy Trash show at the Relentless Garage, London, UK with Bloodshot Bill and Joe Gideon and the Shark on 25 May 2010.

*Simon Chardiet emergency song – a cover of Wheel of Fortune originally by The Cardinals. 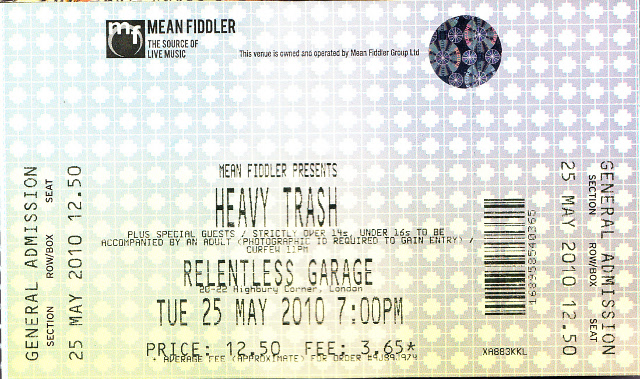 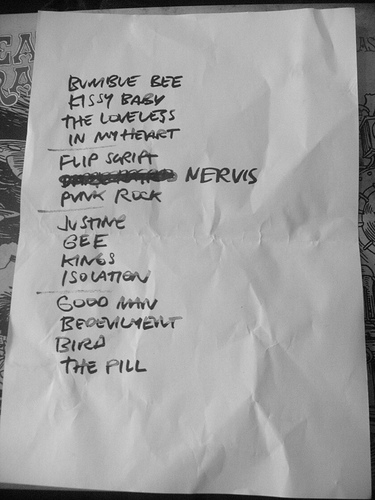 The actual show did not follow this running order as (Sometimes You Got To Be) Gentle was played instead of Kissy Baby after which the bass drum was changed over and Simon Chardiet played an “Emergency Song” (Wheel of Fortune) to fill the gap.

Say Yeah was inserted next and the set list was followed from Kissy Baby up until Punk Rock Mama.

Justine Alright, Gee, I Really Love You and They Were Kings were all missed out at this point but the ‘encore’ lasted as long as the first part of the show.

Flip Script is a new song currently unreleased by Heavy Trash and features Simon Chardiet on vocals, I’ll Change My Style sung by Matt Verta-Ray on vocals is a cover of a track originally released Jimmy Reed [RELEASE / LYRICS] and this was followed by an unknown track which again was sung by Simon Chardiet. 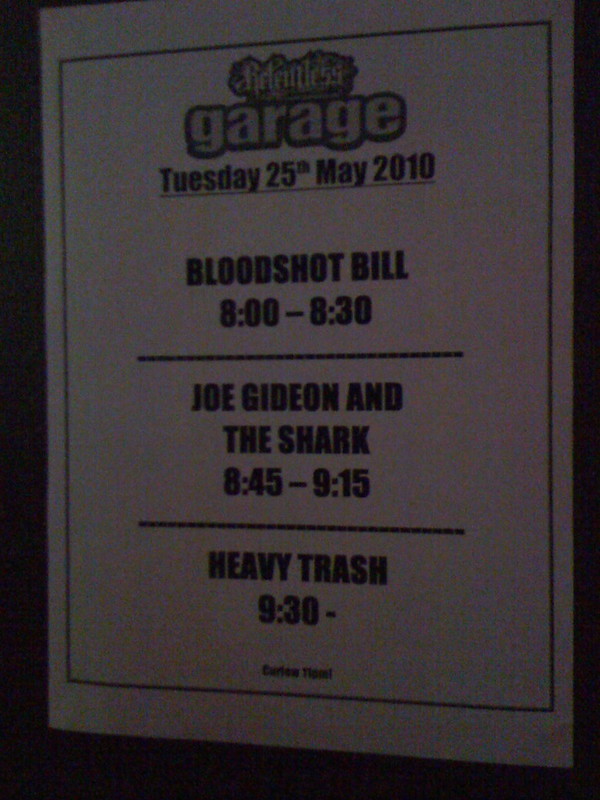