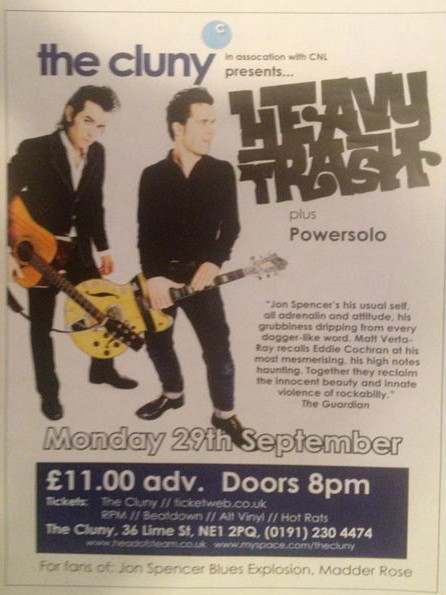 In early 2008 Heavy Trash released a split EP with Powersolo titled Favoritenserie no. 2.

Members of Powersolo have recorded with Heavy Trash (on Going Out Way Out With Heavy Trash) and have performed with them as part of the touring band.