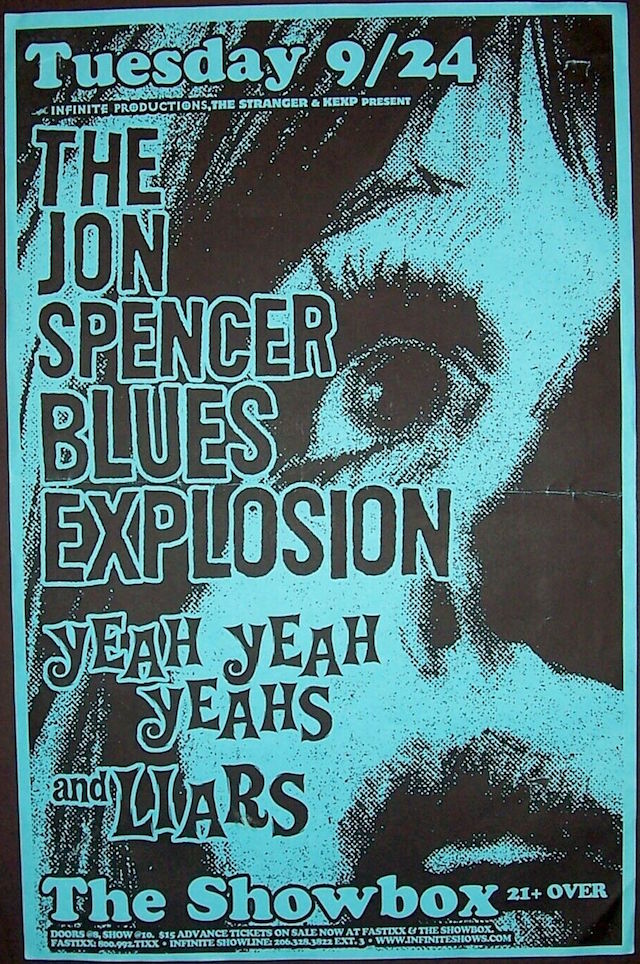 The Jon Spencer Blues Explosion show at The Showbox, Seattle, WA, US with Yeah Yeah Yeahs and Liars on 24 September 2002.

Rolling Tour of Sweat and Noise Artwork: Paul Pope who also did the artwork and design for the first Heavy Trash album. This poster along with the Heavy Trash artwork is included in the retrospective book titled PulpHope.