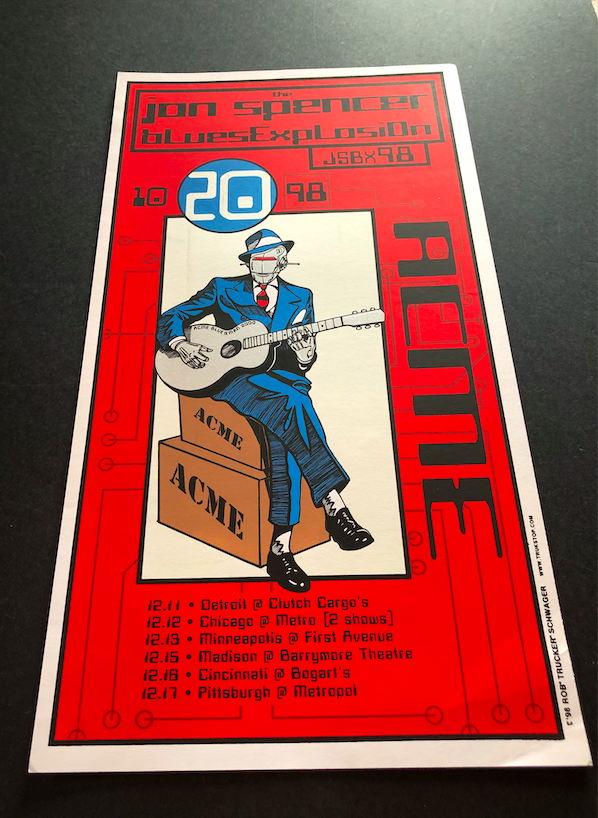 “In a moment of inspiration, Barrie and Lewis headed off to New York to record with producer Dan “the Automator” Nakamura, an old acquaintance of the band’s manager. Hooking up with Dan Nakamura may have seemed a radical departure but given his understanding of a pertinent mix of musical genres, it proved a stimulating and fruitful relationship. Meanwhile their temporary drumming vacancy was filled by a friend of Dan’s, Blues Explosion sticksman Russell Simins, a confirmed Little Barrie fan.

Being something of a scenester Russell set about introducing the band to some of New York’s hippest bars and clubs, even suggesting he hook up with the band for a gig at NY hotspot LIT. Word must have got round on the grapevine because it was packed to the rafters, Lewis recalls, Dan even got up and played a bit of percussion. It must have been a good gig because I can’t remember too much about the end of the night.”

“The performance, taking place December 17, will be the band’s first hometown gig in eight years, a reunion that ties in nicely with the end of George Bush’s second term as President, according to the bands frontwoman.

“It’s been two torturous terms of Republican disease and culture death.” Martinez says. “Now that we’re free, it’s the perfect time for us to bring back our own brand of sick in celebration.”” – NME (19 November 2008)