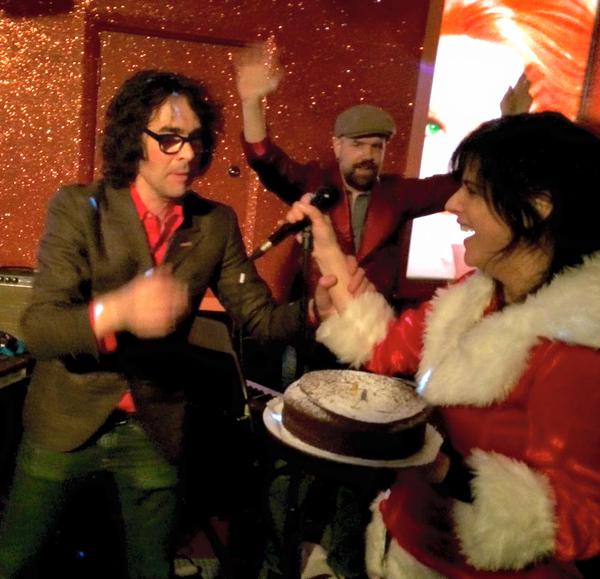 “Edison ranted and railed, occasionally punching a soul organ riff on his Nord Electro or lashing at his theremin to emphasize a point. Although drinking what looked to be straight bourbon, he didn’t miss a beat, only occasionally referring to a cheat sheet as he gleefully recounted tales from a booze-and-drug-soaked past or savaged the right wing, Jello Biafra style as the band snaked along behind him.” – Lucid Culture

“Live, he totes along one of the most cracking bands to ever grace small stages in L.A.” – Los Angeles Times (17 December 2009)

Described as the “all star fab Boss Hog Xmas bash at Beauty Bar NYC” by Bob Bert and the above photo was posted on the official Boss Hog twitter account with the caption “Many special guests at BH holiday party last night. The cake was one of the best.”.