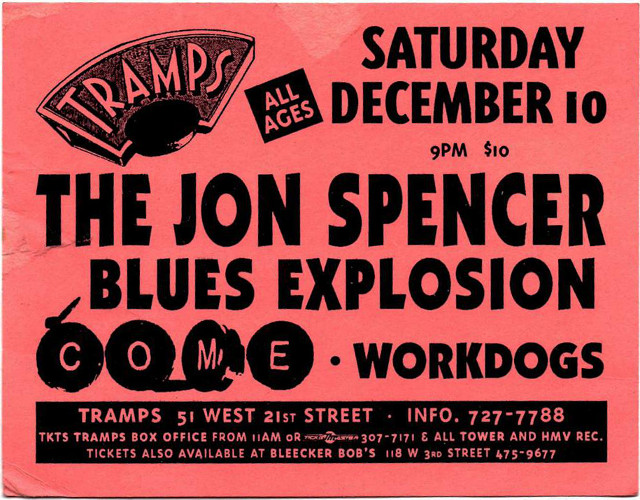 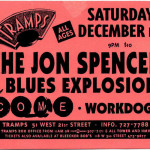 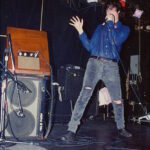 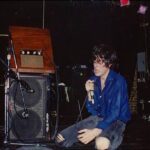 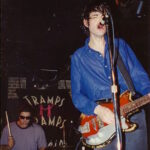 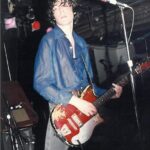 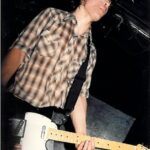 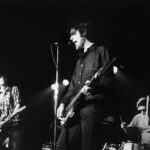 nb. At the end of a bootleg recording of this show the announcer says Sleepy Labeef is playing one more late show next door at the Tramps cafe and “Jon Spencer will be there, probably”.

The Jon Spencer Blues Explosion album Mo’ Width features a track titled Rob K (Rob K is President on the re-release) on which he performs as a preacher. And Jon Spencer has recorded with Rob K on several Workdogs records along with the following Rob K releases; Dirty 12 7″ single, The End Of The Earth, ExCorpse and The Purgatory Home Companion, Ed. 1.

“Two veteran East Coast noise rockers re-examined their roots on Saturday night at Tramps. The Jon Spencer Blues Explosion, led by the former Pussy Galore frontman Jon Spencer, and Come, led by the former Live Skull singer Thalia Zedek, made music that combined 1950’s and 60’s rock with only a touch of dissonance.

Where Pussy Galore was confrontational and alienating, the Jon Spencer Blues Explosion was engaging and exhausting. Mr. Spencer, a charismatic vocalist and guitarist, shook and shimmied onstage like a 1950’s sock-hop singer gone bad, howling Big Bopper-inspired exclamations and entreaties into the microphone. The band, which also included Russell Simins on drums and Judah Bauer on guitar and harmonica, played revved-up jams rooted in the lewd rockabilly of the garage groups of the 1950’s.

Though Mr. Spencer’s showmanship sometimes seems like the antics of a musician who knows his past but doesn’t respect it, the band is less a tongue-in-cheek nostalgia act than a power trio turning its retro influences into something new, like an alternative-rock version of Cream. In addition to churning out brittle, discordant interpretations of riffs by everyone from the Rolling Stones to Howlin’ Wolf, Mr. Spencer supplemented some songs with the eerie warbles of the theremin, an early, arcane-looking electronic instrument that graces the cover of his newest album, “Orange” (Matador).

Come shared the Spencer group’s Rolling Stones fixation, but it explored the lows instead of the highs of blues-rock. Its new album, “Don’t Ask Don’t Tell” (Matador), is devastating, with slow, burning songs that shudder and wince beneath Ms. Zedek’s pained growl. On Saturday, it took several songs for the quartet to slip into sync. But once the drums and two guitars began to trudge together through the mire of Ms. Zedek’s lyrics, songs like “Let’s Get Lost” began to sound a whole lot less about love than about addiction and ache. – Neil Strauss, New York Times (December 13, 1994)”