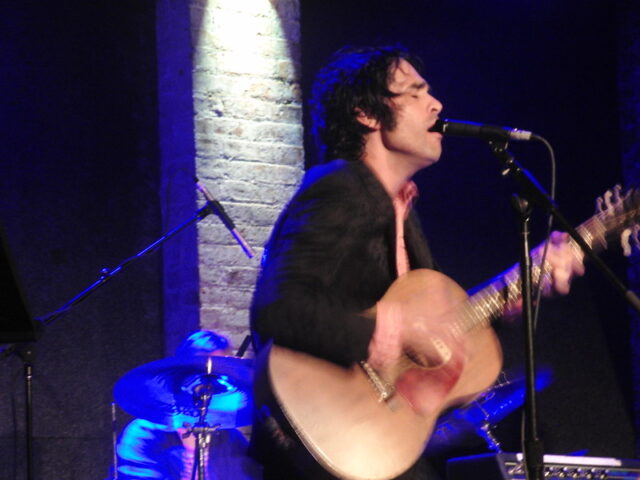 Channeling Chilton: A Night of Alex Chilton’s Music @ City Winery including Yo La Tengo with Jon Spencer and Russell Simins at City Winery, New York City, NY, US on 28 July 2010.

An ensemble led by Chris Stamey did the opening number; Kangaroo. Yo La Tengo did three songs and then acted as backing band for two from John Spencer and two from Alan Vega. The surviving Box Tops did a solid set. There was a mixed combo of musicians who’d worked with Alex through the years and they backed a couple of different vocalists. I don’t know what Ronnie Spector’s association with Alex Chilton was, but she did two songs, which was really fun. The final lineup was a Jody Stephens-led Big Star facsimilie, which was great. The evening ended with Jesse Malin raving it up on The Replacements’ Alex Chilton – a great closer. 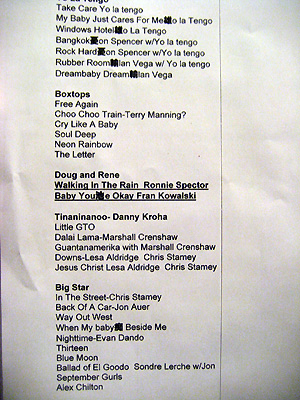