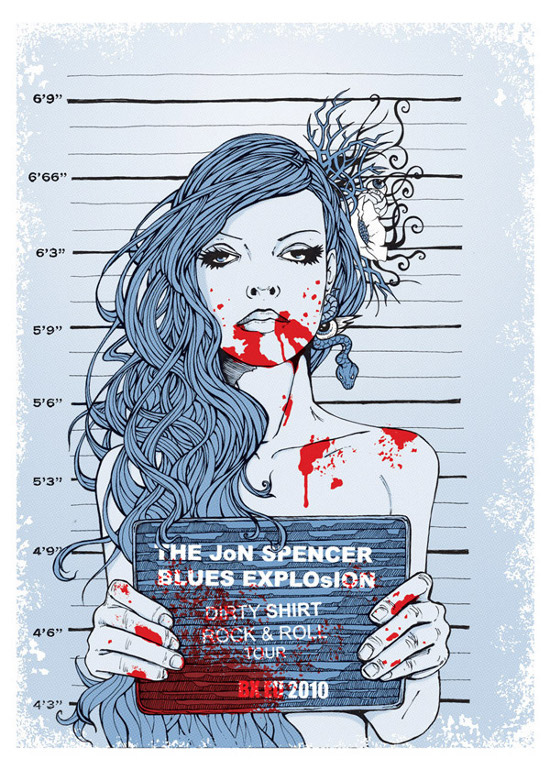 The design was also used on a Meat and Bone T-Shirt in 2012.

This design is by Malleus who has posted an article on the process and thought behind the printing of the Dirty Shirt Rock & Roll European tour poster:

Well, to be honest we’ve finished it today, but we’ll show You only a part of it for today.

You know, I’m such a bastard…

Do You remember the poster we did for Blues Explosion years ago?

Well, we imagined this giant woman eating the 3 guys of the band.

So, look carefully at our prints, there are different ways of looking at them.

And now, working on the tour poster for JSBE was another possibility to think about something to continue the first poster.

On some way… thinking the girl has been jailed.

But it’s better to pay attention to a woman that could eat men… she could be evil :-)”