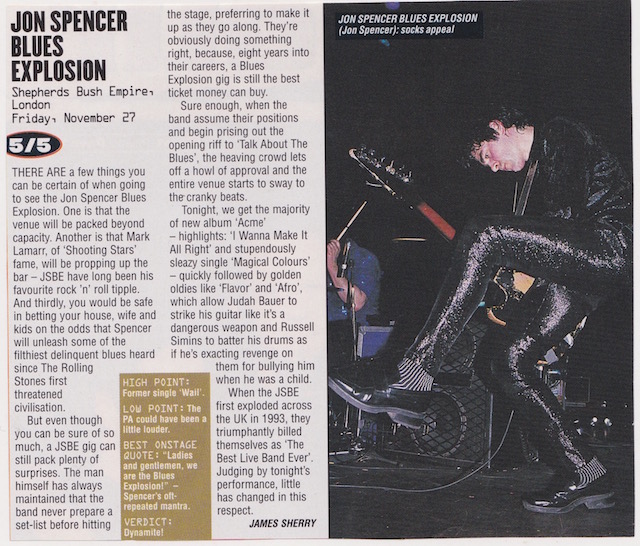 The Jon Spencer Blues Explosion show at Shepherds Bush Empire, London, UK with Andre Williams and the Countdowns on 27 November 1998. 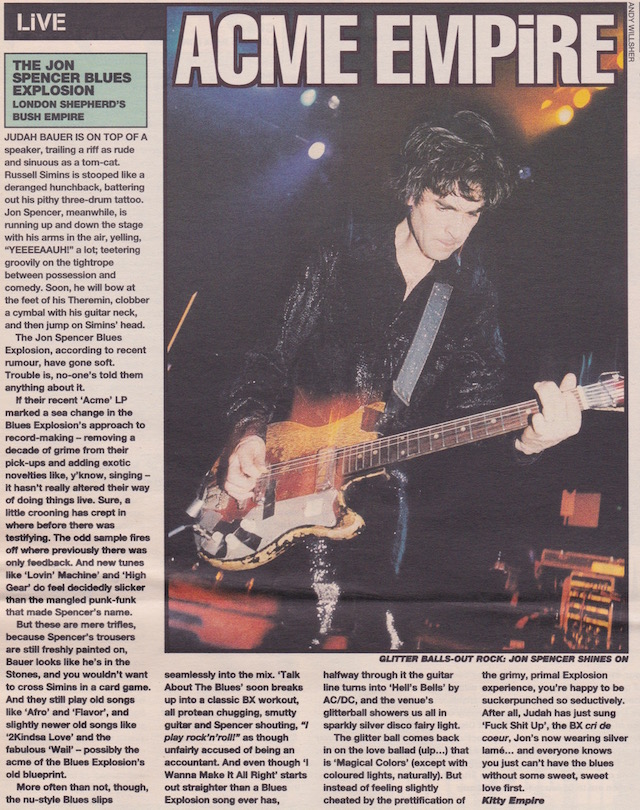 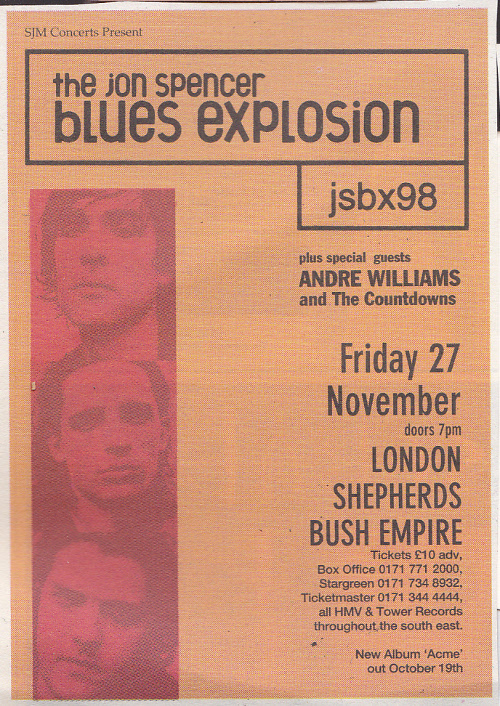 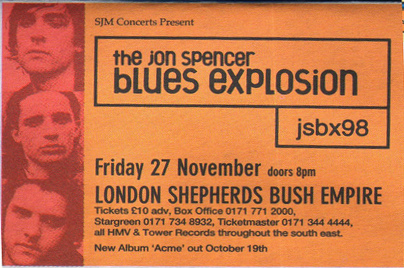