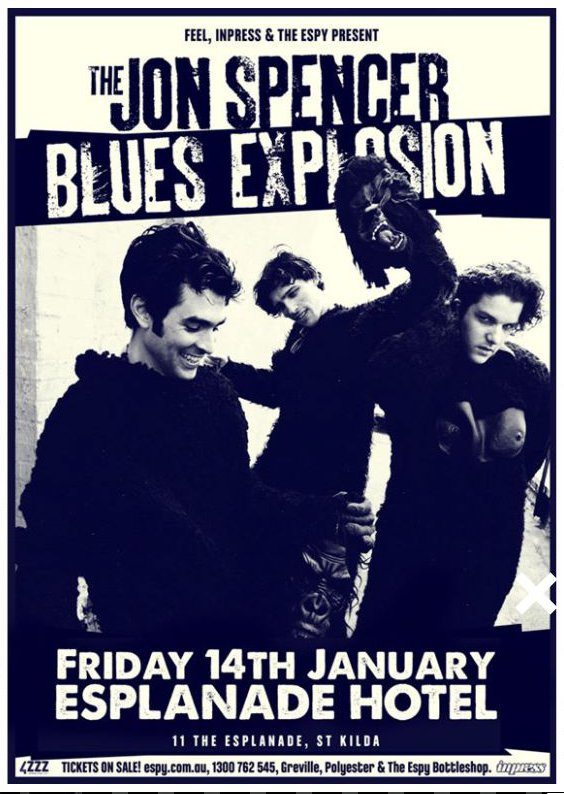 The Jon Spencer Blues Explosion show at The Esplanade Hotel, Melbourne, Australia with Beaches and Frowning Clouds on 14 January 2011.

“I respected JSBX before this gig, but my initial respect trebled during the night, and by the end of the gig I realised that I had witnessed one of the best shows I’ve seen, performed by three humble guys who have more talent than most of us could ever hope for.” – Sharon Brookes / The AU Review

A similar design was used on a poster for shows at The Kings Arms and Bodega in New Zealand. 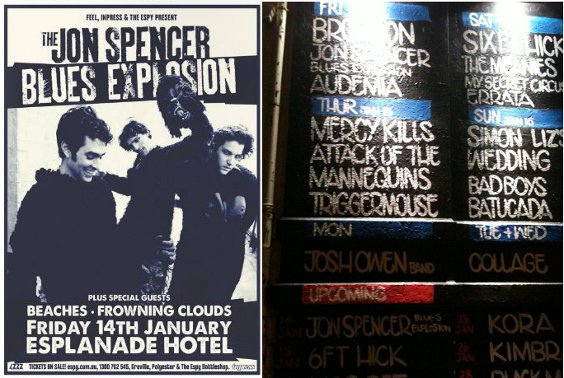