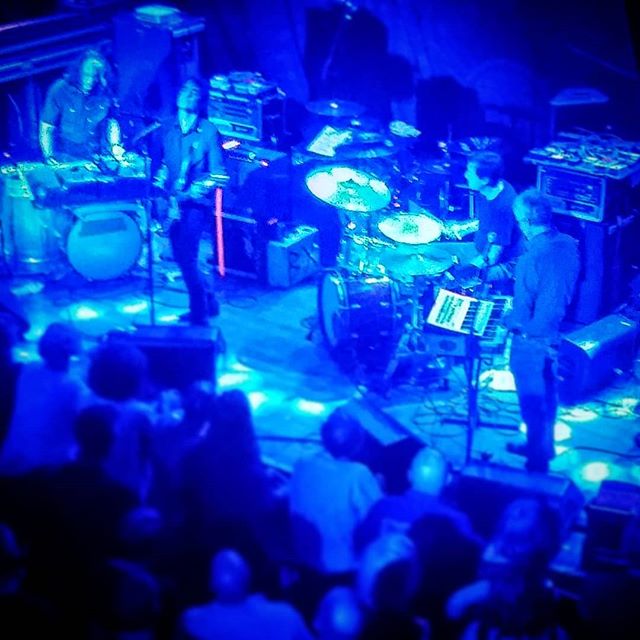 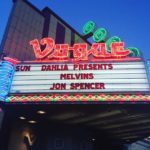 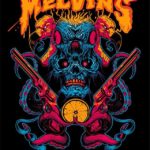 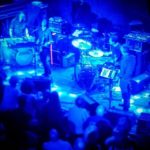 Jon Spencer show at The Vogue Theatre, Indianapolis, IN, US with The Melvins (headline) on 5 August 2018.

“NUVO: I know you’re putting out your first solo record in the fall. What went into the decision to go down this solo route?

SPENCER: Because I wanted to do something, and I don’t have a band. [laughs] I needed to just get out there and start something new. Boss Hog [a band he’s in with his wife] put a record out about a year ago called Brood X. We did some touring, but we were somewhat limited because most people in the group have full-time jobs. We’ve done some touring. We’d like to do more, but we can’t go out for weeks at a time.

I was really missing having a band. Last summer, I wrote a bunch of songs and then took a trip out to Benton Harbor, Michigan to work at Key Club Recording and made this record Spencer Sings the Hits! I worked with Sam Coomes, who is best known for being one half of Quasi. Sam played bass using a lot of synthesizers, and the drummer is a local guy from Kalamazoo named M. Sord. Sord was somebody that I got to know from working at the Key Club. He’s kind of like the studio handyman, but he’s also a great drummer.

We tracked the record last fall, and the session got cut short because my father-in-law passed away. Then, in January, I went back out to the Key Club to finish the record—to overdub and mix the thing. It’s been done for a while, and hopefully it’ll be out in October. If people come out and see us play, we will have a special prerelease vinyl-only tour edition of the record. So you could buy a copy if you come to the show. Otherwise, you’ve gotta wait until October. I should also mention that joining us live on these dates will be my old friend Bob Bert, who was in Pussy Galore with me. There are going to be four of us.” – Seth Johnson / nuvo.newsnirvana.com