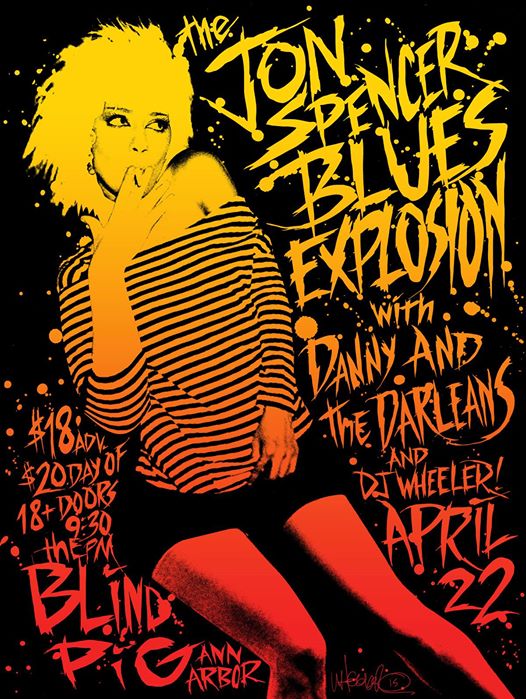 At this show Bloodshot Bill appeared on stage with The Jon Spencer Blues Explosion and performed a cover of the Link Wray interpretation of the Batman Theme (RELEASE) originally by Neil Hefti (RELEASE). 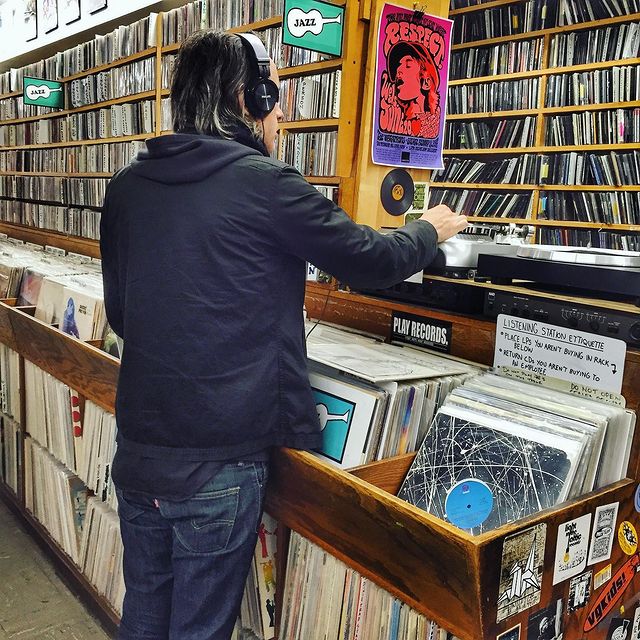 US Freedom Tour ’15 poster by Malleus: 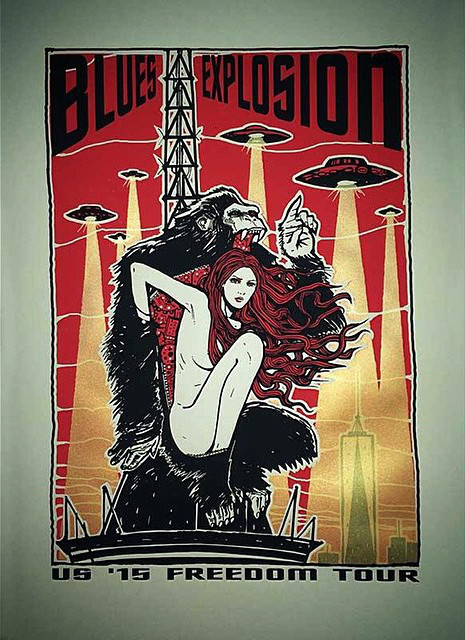 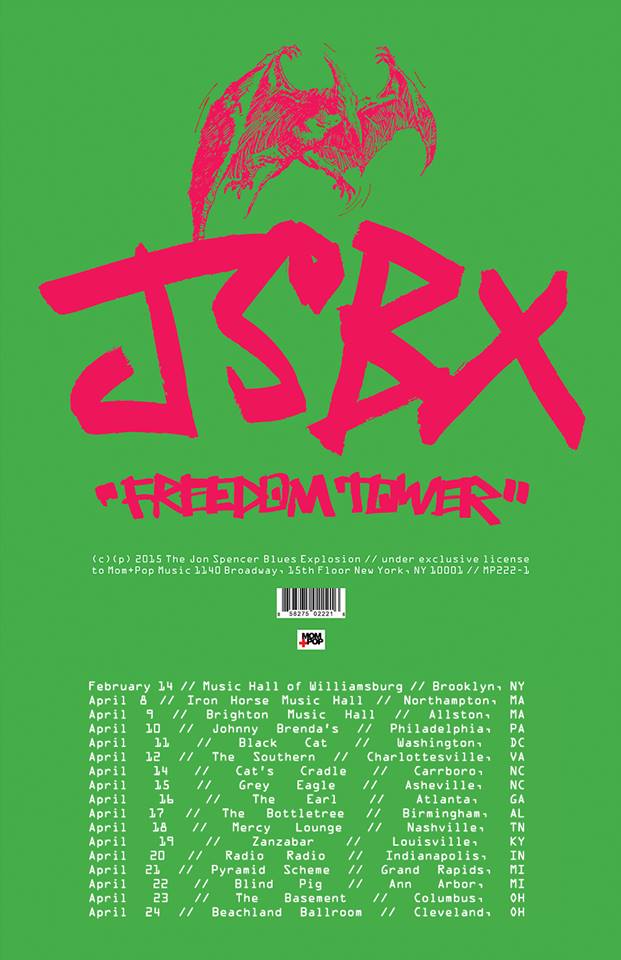