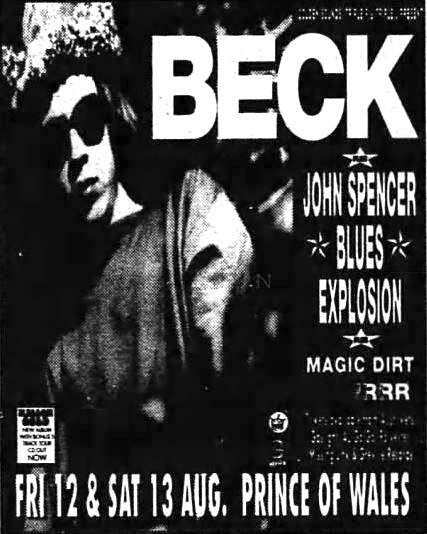 The Jon Spencer Blues Explosion sets at Prince of Wales, St. Kilda, Melbourne, Australia with Beck (headline), Magic Dirt and The Dirty Three on 12 and 13 August 1994.

Beck has covered the Pussy Galore songs I Just Wanna Die, Constant Pain and Pussy Stomp during his live sets and and in an interview with Buzzy (1994) Beck said “We did Pussy Galore songs, and he would come out and start singin’ em. We wouldn’t even ask him.” which is possibly during the August 1994 tour of Australia. 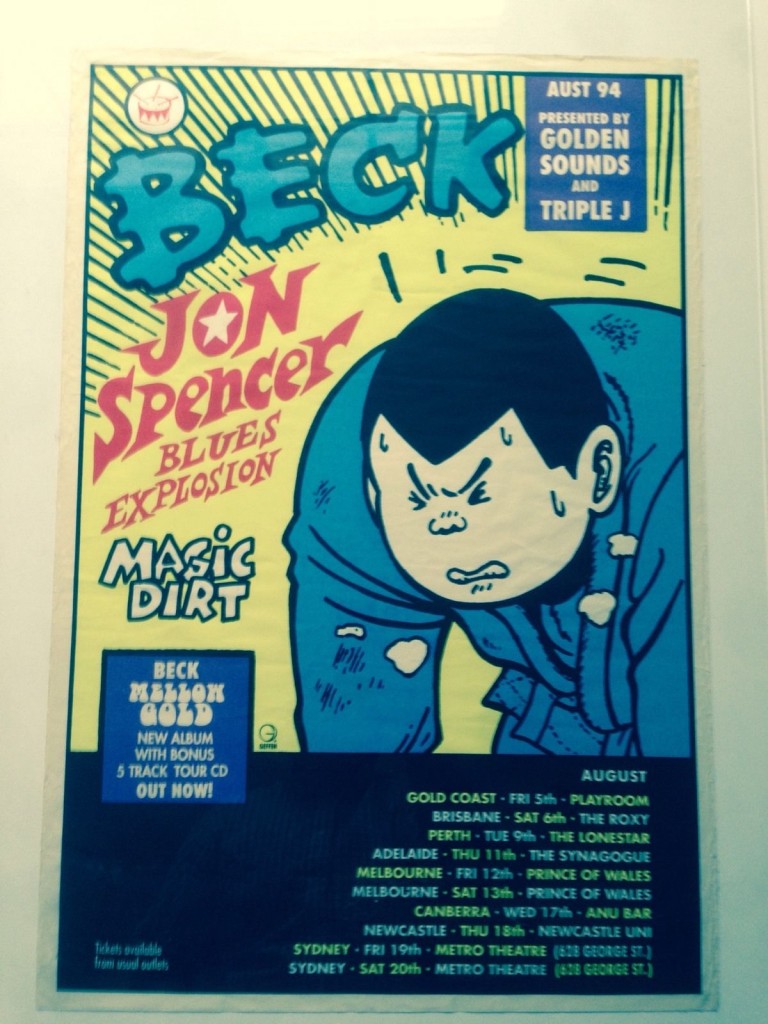