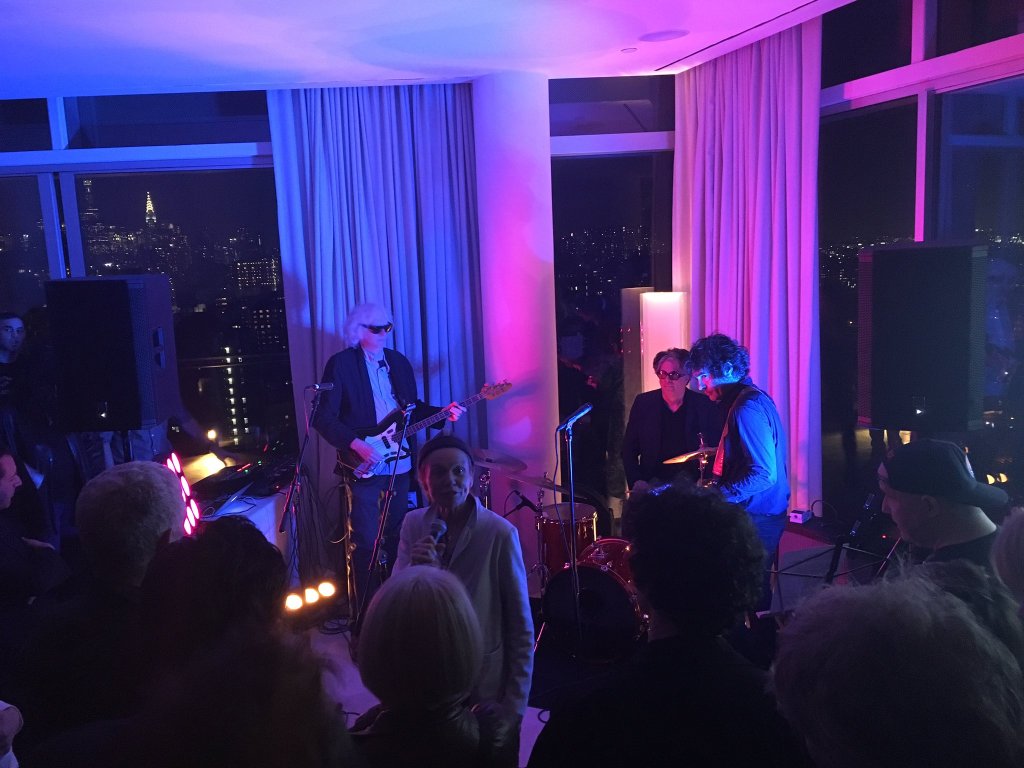 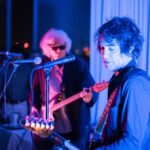 The trio performed I Can’t Stand It and Waves of Fear and also “made some noise” while Hal Willner read some of Lou’s lyrics.

The following details were posted by Bob Bert on facebook.com:

“This past Wednesday, there was a release party in the penthouse of the Standard Hotel on the Bowery in NYC. In this incredible space with a panoramic view, I had the honor and privilege to play drums behind Jon Spencer (guitar & vocals) & Lou Reed archivist Don Fleming (on Fuzz Bass & backing vocals) on 2 Lou songs (I Can’t Stand It & Waves of Fear). We were followed by legendary photographer Mick Rock showing a short film of him & Lou going through photos which was hysterical and than Mick told stories about hanging with Lou, Bowie & Iggy back in the day which was great! Than producer Hal Willner read some of Lou’s lyrics while Jon, Don & I made some noise behind him. Next up was actress Natasha Lyonne reading the lyrics to Coney Island Baby. Ending the entertainment part of the evening was the wonderful legend Nona Hendryx with just bass & guitar accompaniment singing Ride Sally Ride & Walk On The Wild Side. Needless to say the coolest swankiest gig of my life so I had to spring for this amazing box set which was Lou’s last project before he left us. I really hope that some videos & more cool photos emerge from this magic night” – facebook.com/bbdrums/

“Jon Spencer (sans Blues Explosion) about to pay tribute to Lou Reed after a lovely intro from Laurie Anderson.” – twitter.com/AndrewKirell

“Props to Jon Spencer for his impeccable taste in Lou Reed covers tonight: I Can’t Stand It / Waves of Fear” – twitter.com/jemaswad/