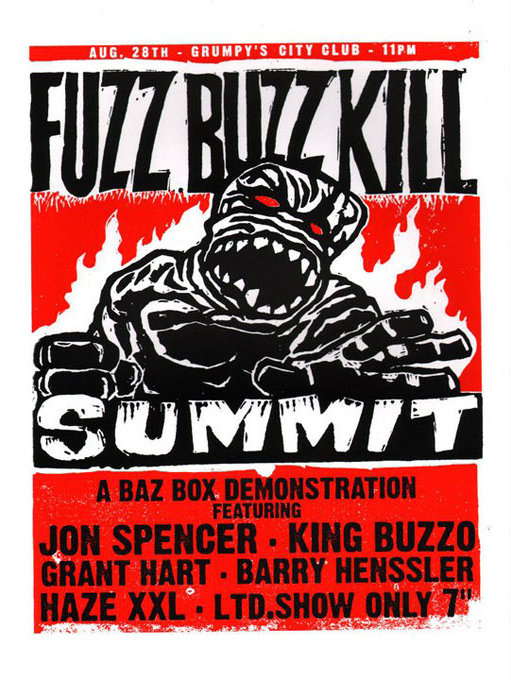 This version measures 9” x 13” and was available on the Amphetamine Reptile webstore for $15.00.

Jon Spencer also appears on Fuzz Buzz Kill Summit limited show-only 7″ single. The tracks from this single and all the show-only releases have been issued on the Non-Collector Scum CD which is available from apurgeofdissidents.com for $2.00.

Update: “An event that didn’t take place was the Fuzz Buzz Kill—a demonstration of Barry Henssler’s (Necros/Big Chief) effects pedal. Henssler was a no show but a frail looking Grant Hart was ready to go. Too bad, it would have been something to see Haze, Buzz Osbourne, Jon Spencer, Hart and Henssler make a lot of noise.” – YourFleshMag.com

This is the original very limited lino cut version of the poster: 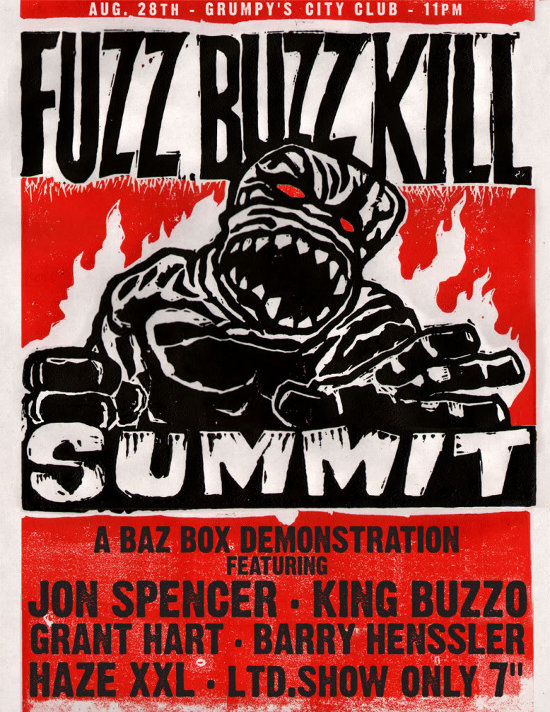