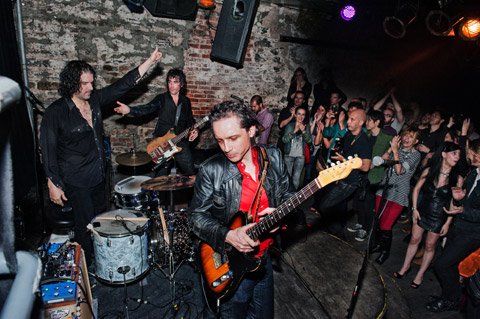 “At 8:30pm sharp, Judah Bauer, Russell Simins and Jon Spencer (aka the Blues Explosion) kicked off a super hard rocking set of tunes to the appeciative audience that was made up of people who either bought the new album at Other Music, won a ticket from BrooklynVegan, or managed to get themselves on the guestlist some other way.”

BrooklynVegan.com have posted a set of photos from the Jon Spencer Blues Explosion show at The Bowery Electric on 18 September 2012.