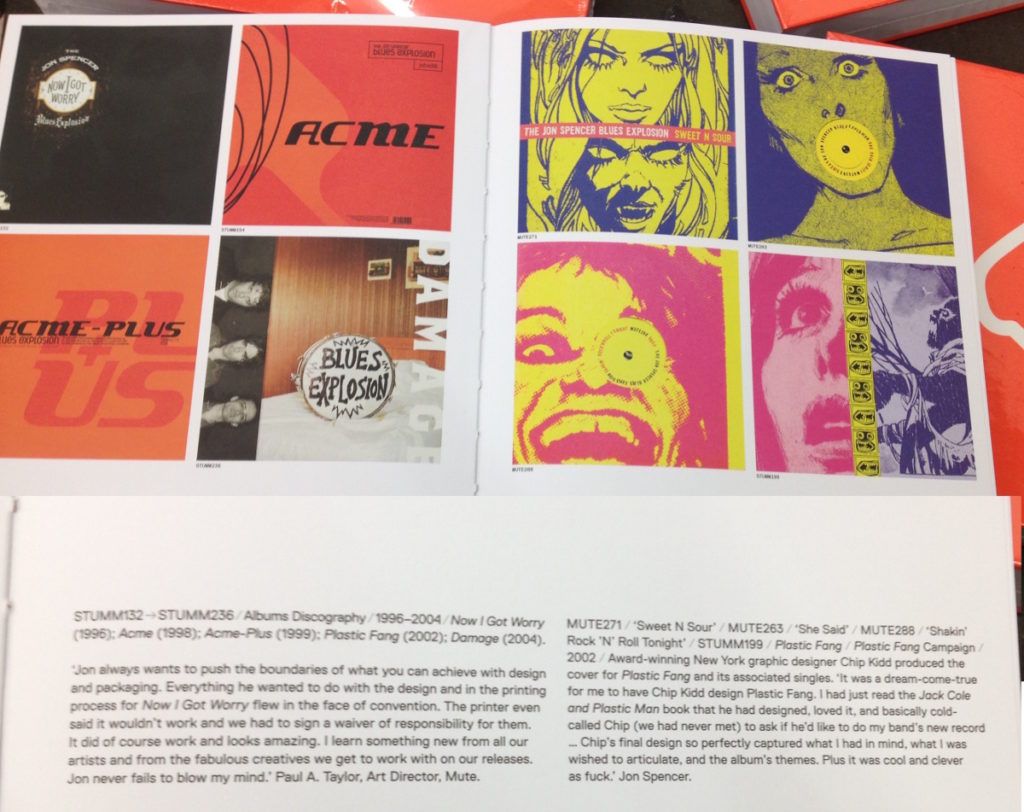 Extract from the newly released book “Mute: A Visual Document” by Terry Burrows with Daniel Miller. This section covers the artwork of The Jon Spencer Blues Explosion.

‘Jon always wants to push the boundaries of what you can achieve with design and packaging. Everything he wanted to do with the design and in the printing process for Now I Got Worry flew in the face of convention. The printer even said it wouldn’t work and we had to sign a waiver of responsibility for them. It did of course work and looks amazing. I learn something new from all our artists and from the fabulous creatives we get to work with on our releases. Jon never fails to blow my mind.’ Paul A. Taylor, Art Director, Mute.

Award-winning New York graphic designer Chip Kidd produced the cover for Plastic Fang and its associated singles. ‘It was a dream-come-true for me to have Chip Kidd design Plastic Fang. I had just read the Jack Cole and Plastic Man book that he had designed, loved it, and basically cold-called Chip (we had never met) to ask if he’d like to do my band’s new record… Chip’s final design so perfectly captured what I had in mind, what I was wished to articulate, and the album’s themes. Plus it was cool and clever as fuck.’ Jon Spencer.